With coaches constantly changing jobs every season, here is an article penned in the new September 2016 Money magazine issue (by Megan Leonhardt) that addresses some do’s and don’ts when changing employees.

Here are some insights from some of the best college football coaches in the game today:

On building a program and the patience it requires: “I think the results are probably slower to come than we had hoped for and expected. You know, it’s been an awesome, and a hard, and a frustrating, and a rewarding two and a half years. And what I mean by that is that, this just a tough process. And I think a lot of times when you come in from the outside and your trying to establish your way of doing things it just takes some darn time to get things done. After two and a half years, we feel like the process is in place and we feel really good about it.” Chris Petersen, Washington Huskies Head Football Coach (August 18, 2016 – Jim Rome Show)

On keeping players focused despite social media: “It’s hard because they’re bombarded with messages each and every day. The social media is a blessing and a curse. It allows us to get our message out to our fans and recruits but it also bombards our players.I think our culture is so insulating though that I’d be a fool to think that our guys didn’t hear it but, the thing I’m probably most proud of is that they don’t listen to it. They understand that our goals internally are the only ones that matter and that our goals will never change. It doesn’t matter what last years team did or how good last years team was. What matters is this is the 2016 team and quite frankly we haven’t done anything yet.” – Tom Herman, Houston Cougars Head Football Coach (August 18, 2016 – Jim Rome Show)

“You can win as many games as you want but if the culture is not there it’s not sustainable.” – Tom Herman, Houston Cougars Head Football Coach (August 18, 2016 – Jim Rome Show)

I had conversation with a VP of Sales for an prestigious New England company this morning.

The individual cited the following reasons for not retaining or hiring individuals in the company:

This is something to think about when hiring an assistant or if you are looking for your next coaching position/career…do you fit the culture?

Here are your Sunday morning funnies…Have fun at the beach! 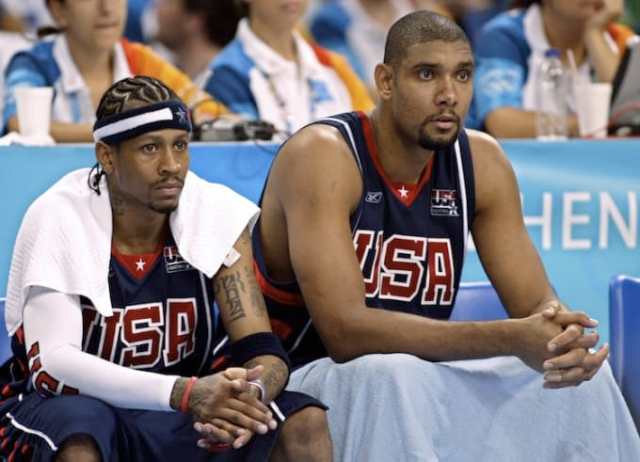 With Team USA’s dominance on the international basketball stage since their return to the 2008 Olympics, it is easy to forget their failure in 2004.

Here are some articles that chronicle the 2004 team and the organization’s resurgence.

Red, White and Bronze: The death and rebirth of USA Basketball

New details on what went wrong for USA Basketball in 2004

Losses should make you rethink everything you do (in practice, games, recruiting, etc.)

Instead, do some of the things better, have faith, make progress and stay the course.

Here is a offensive rebounding drill for the dribble drive offense that incorporates reading the ball off the rim/glass, finishing and keeping the weakside defender off the glass.

Expressions from the Hardwood
Create a free website or blog at WordPress.com.